Skip to main content
By allaboutginger Published on: 16 May, 2022 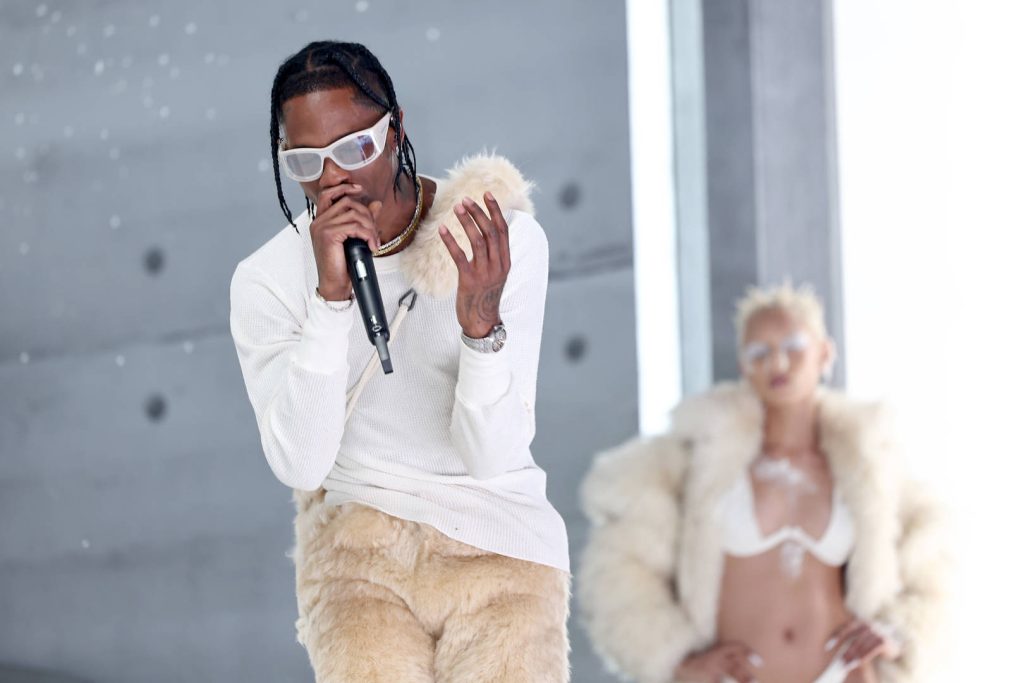 Travis Scott returned to the stage at the Billboard Music Awards in Las Vegas on Sunday, six months after the Astroworld tragedy.

Following an introduction from Diddy and French Montana, the Houston rapper took the stage at the MGM Grand Garden Arena to perform “Mafia,” one of two tracks he released last year. During his icy performance, he transported audiences to the Alps while wearing fur pants and wraparound eyeglasses.

Joined by a DJ and model Jazelle, La Flame also gave fans a peek into Utopia with an unreleased song called “Lost Forever,” for which snippets previously leaked online.

Travis walked the red carpet with Kylie Jenner and their daughter Stormi earlier in the evening.

This is his first awards show appearance since the November Astroworld Festival, which resulted in ten deaths. Travis, who previously performed at a paid gig during Race Week in Miami, is set to headline the Primavera Sound festivals in South America in November.
Travis looks to be preparing to release his long-awaited album Utopia. He collaborated with Future on Southside’s tune “Hold That Heat” last month.