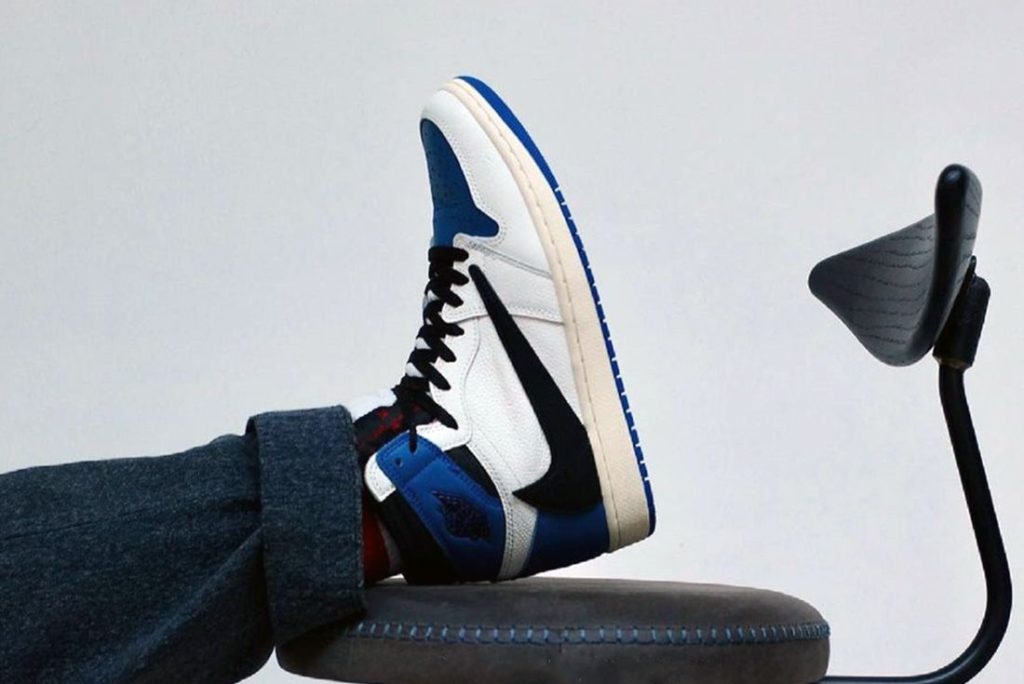 The moment we first caught a glimpse at leaked pics of the Travis Scott x Fragment Design x Air Jordan 1s, we just knew it was going to be one of biggest drops of 2021 – if not the biggest. A coming together of heavyweight Jordan Brand collaborators, the sneaker marks the rapper,’s first project alongside streetwear savant Hiroshi Fujiwara, founder of iconic Japanese label Fragment Design. Both parties have previously finessed two of the most coveted Air Jordan 1 collaborations of all time, so this ménage à trois was always destined to break hearts and bank accounts.

Taking cues from Fragment’s ‘Royal’ colourway in 2014, and Travis Scott’s Air Jordan 1 collaboration of 2019, this upcoming release is manufactured with premium tumbled leather, while the reverse Swoosh on both sides of the sneaker provides the most salient design choice. Cactus Jack branding on the tongue and the stitched-up smiley face on the left heel reinforce Travis Scott’s aesthetic language, while Fragment Design’s double lightning bolt motif strikes the heel. Down below, the midsole features small printed text, and there’s also reflective Cactus Jack branding on the medial sides. Courtesy of official images, we also get a good look at the four sets of laces for customisation, plus the deluxe packaging.

The uber-hyped Travis Scott x Fragment x Air Jordan 1 High OG ‘Military Blue’ releases on July 29 via select stockists globally, in what we can only assume will be limited numbers. We can’t guarantee a win, but we can increase your chances… Peep our Where to Buy guide below for all the stockists who have announced their raffles (we’ll add more as they’re announced). Good luck, JACKBOYS and JACKGIRLS!