Skip to main content
By Scharlotte Bynes Published on: 17 February, 2022 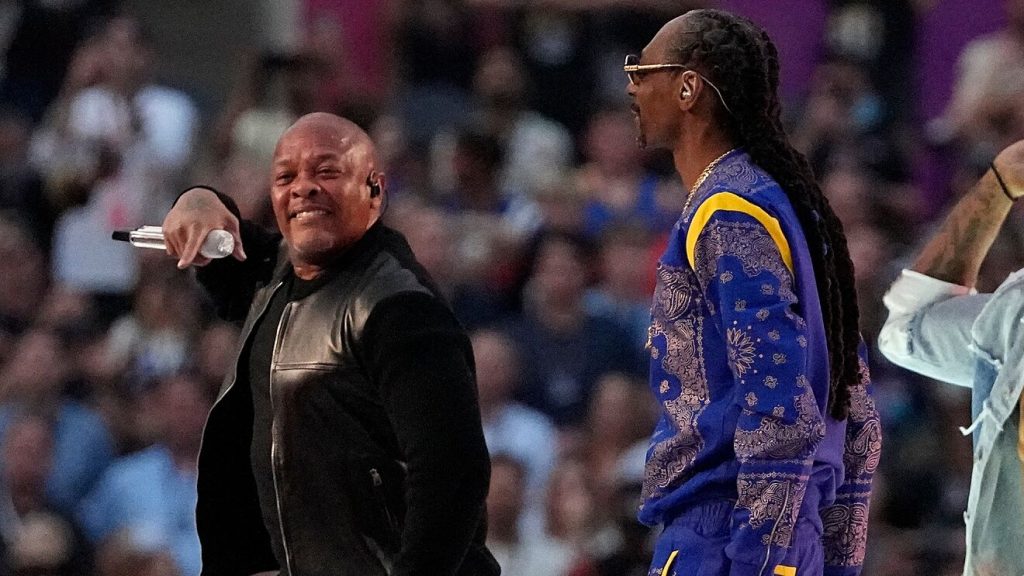 Snoop and Dre instrumental played Still D.R.E. throughout the Super Bowl at SoFi Stadium in Inglewood, California. The two were joined by 50 Cent, Eminem, Kendrick Lamar and Mary J. Blige.

Earlier in 2021, Snoop Dogg confirmed that Jay-Z wrote “the whole f*cking song.” Hov hasn’t commented on the news yet.