Skip to main content
By Annette Stone Published on: 4 September, 2022 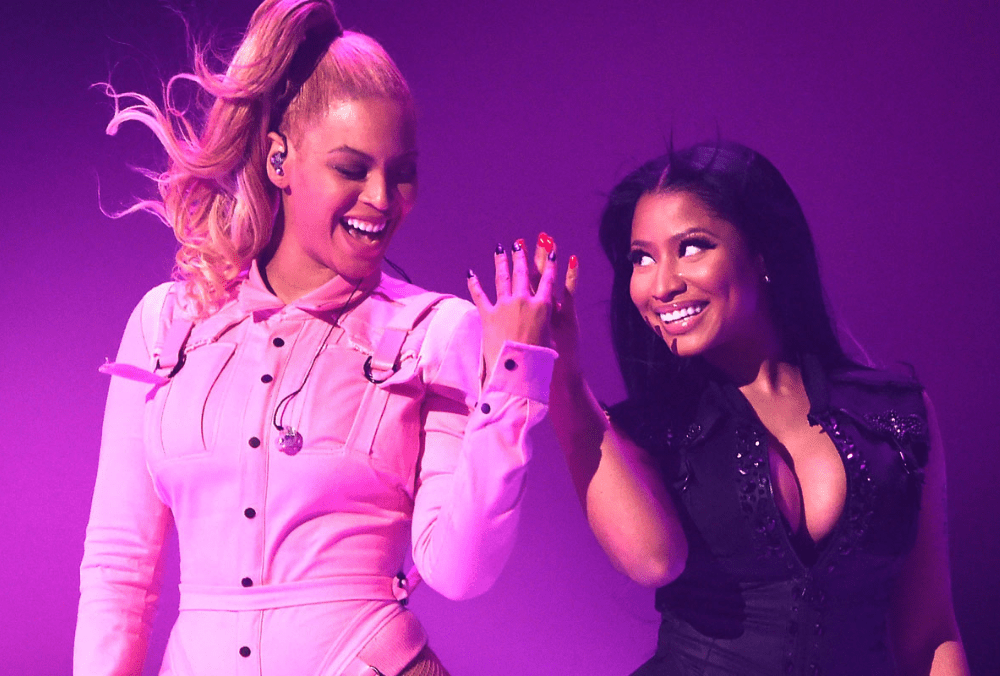 Nicki Minaj is getting her flowers from Beyoncé and Jay-Z.

On August 28, Nicki Minaj was honored with the Michael Jackson Video Vanguard Award at the MTV Video Music Awards, and the flowers are still pouring in. The Rap Queen took to Instagram to reveal that she received a gift from Beyoncé and JAY-Z. The couple sent her a white floral bouquet with a sweet note. “Congrats on your beautiful award. Sending you all of our love.” The note was signed “Hov and B Holla.”

Beyoncé & Jay-Z has sent Nicki Minaj flowers to congratulate her on #VMAs her vanguard award. pic.twitter.com/XktFfeYfh6

During her acceptance speech on Sunday, Nicki thanked JAY-Z as one of the people that inspired her and inspired her flow. Nicki also acknowledged Beyoncé as someone who gave her huge opportunities during her career. Check out her speech below.