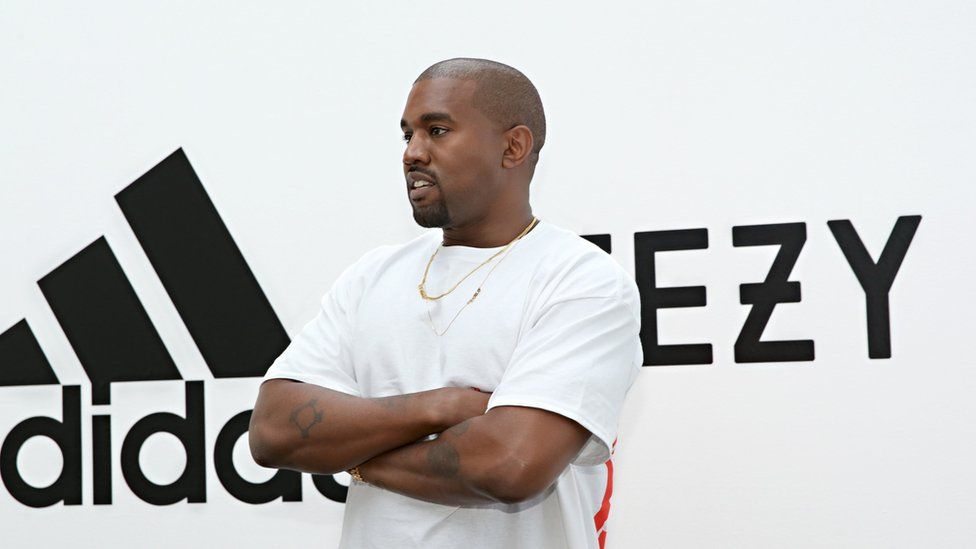 Kanye West’s recent remarks, which include antisemitic outbursts and white nationalist taglines, have been “have been unacceptable, hateful and dangerous.” According to Adidas, which has discontinued its collaboration with Yeezy.

The business declared that it would “terminate the partnership with Ye immediately, end production of Yeezy branded products, and stop all payments to Ye and his companies.” because it “does not tolerate antisemitism and any other sort of hate speech,” According to the statement, Adidas will incur immediate expenses of €250 million, or roughly $246 million.

According to The Wall Street Journal, the Adidas Yeezy collaboration, which is thought to represent a billion-dollar or more component of West’s net worth, began in 2016 and was scheduled to last through 2026.

Adidas stated last month that the Adidas Yeezy partnership was “under review” following “after repeated efforts to privately resolve the situation,” They further stated that throughout the review phase, they will continue to co-manage the present goods. West himself had previously stated that he was thinking about calling off the partnership.

In response to today’s Adidas news, the American Jewish Committee said in a statement:

“We welcome this decisive if belated action by Adidas. The company called his comments unacceptable and dangerous in ending West’s most lucrative business partnership. We agree. West has shown no remorse or contrition for his string of antisemitic remarks filled with hate and lies. He believed that as long as the money kept rolling in he could speak with impunity. Other companies that profit from associating with West must also disabuse him of that notion.”

In recent weeks, West’s antisemitism and far-right liaisons have alienated many of his professional circles; his booking agency and attorney have left, and MRC has withdrawn a finished documentary about West. “cannot support any content that amplifies his platform.” the production company reportedly stated.

Lebron James’ production company canceled an episode of The Shop: Uninterrupted that West had used “to reiterate more hate speech and extremely dangerous stereotypes,” according to their statement. Balenciaga severed relations with him as well. West decided to purchase the right-wing social media platform Parler in the interim.