Skip to main content
By allaboutginger Published on: 9 January, 2023 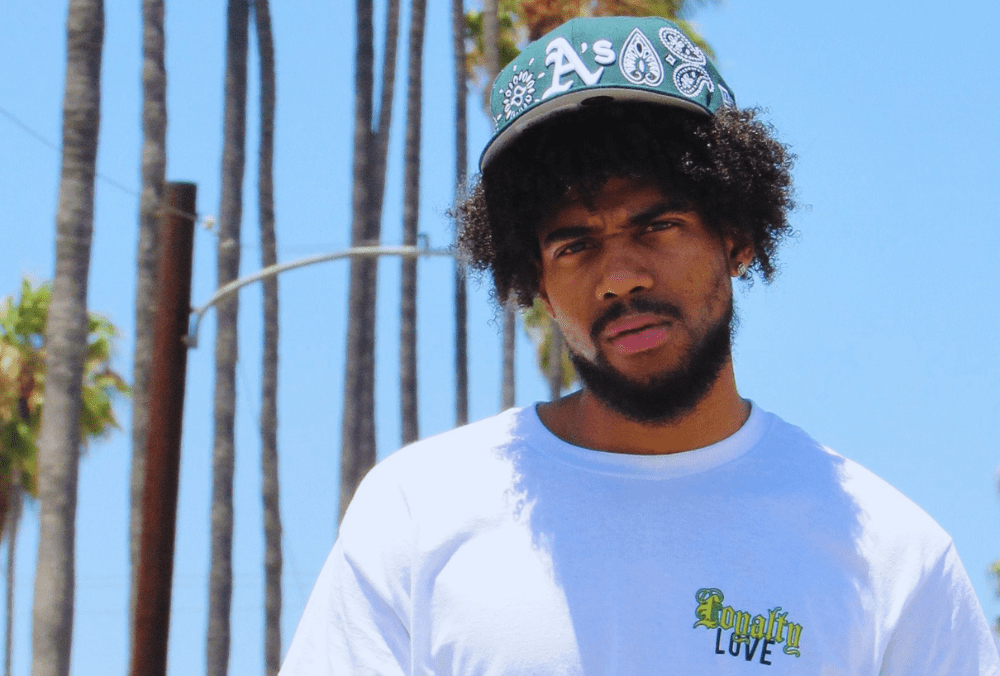 Juice Potter, who dropped  “Potter” only recently, sat down with All About Ginger for an honest one-on-one chat. The New Jersey rapper and songwriter talked about his latest release and revealed how the idea of his new music video was developed.  Potter also shared his upcoming plans for 2023 and named a few artists who have shaped and influenced his sound.

First off, let’s break down your self-titled single “Potter.” Would you like to share more details about the track? How did you come up with the idea? And what was the creative process like?

Um, so I’m a, I’m a writer at heart, so for the single “POTTER,” I was just writing, I was writing lyrics, just writing, I ain’t had no beat or nothing. I was just writing. And after I finished, you know, writing the song, I was like, damn, this shit might be hard. I need to find a beat. And I kind of had like a little melody in my head. And once I found a beat, um, I kind of just went and went from there.

“Potter” comes with an accompanying music video directed by Faseeh Bhatti. How did you two come together to work on the development of the clip? Did you contribute to the general narrative?

Uh, for Faseeh. I ended up shooting, uh, my last video “Sauce Pt.2.” I shot that video and I was looking for a new videographer. Um, and I just was searching, searching, searching, looking, trying to find one that, you know, was comfortable with me. I came across Faseeh Bhatti at the time. Obviously, I don’t know who he is, you know, I just saw his work and I saw, you know, who he worked with. And I’m just like, all right, we’re gonna rock with bro.

And it took me like a year or so before I actually shot a video with him. But once I saw who he worked with, um, hit, once I saw his work, the quality, I was like, all right, let’s give him a shot. Let’s, and his prices, I ain’t gonna lie, the numbers were right. So I’m like, yeah, let’s give bro a shot. Let’s work with bruh. And after working with him, you know what I mean? I mean, I feel like I made the right decision, the perfect decision.

Do you have any new releases set for 2023? Are there any new collaborations on the horizon?

I have collaborations that I, um, that I’ve been working on. But, um, I ain’t really been working with no artists. I’ve been working by myself. Um, I guess in 2023 I will branch out more and, um, maybe I’ll, maybe some collabs, some surprise collabs come up. But as of right now, I probably got maybe five, maybe five collabs.

Name three artists who have influenced and shaped your sound!

To be honest with you, I don’t know who’s helped me shape my sound. I don’t even know. Uh, what I could tell you is, um, I, I like Lil Wayne. He like, I listen to him when I’m ready to record. I listen to a lot of Lil Wayne. I listen, I throw some Fabolous in there. Uh, um, cuz I like his style. I feel like I’m the same style of artists as Fab. I feel like we have a similar style. Um, but those two are so lyrical. I don’t think that I’m such a lyricist as them, but I do incorporate lyrics into my music and I think that they helped me stay afloat or help me keep lyrics flowing in my songs. Um, I but that’s, I don’t know, like as far as helping me shape my sound, that’s the most I could really say.

I would even throw Future in there, his melodic tones. I listen to that sometimes when I want to get melodic. So Lil Wayne, Future, & Fab.

When writing songs, do you ever think about the public and how they will perceive it? Or do you write for yourself and hope it will resonate with them?

I would say a little bit of both. And then I got songs that I like so much. I don’t care. Like I like this song and I like it so much that I don’t, it’s going out. I don’t care how they perceive it. This is my shit [laughs], and some songs that I may like ’em, um, but I just don’t have that feeling about it. So I don’t put it out. But people say, put out everything. So I’m thinking about putting together, uh, a little collage of songs, a collection of songs to, um, that I just never released.

What is your personal motto? And how do you apply it to your everyday life and musical journey?

My motto was really just stay close to God. I mean, you stay prayed up and that’s just it. Just walk with confidence cuz God got you. I believe that. Um, how do I apply to my everyday life? I walk, I walk with faith. I walk with God knowing that he will be with me in everything I do.

Do you remember the first song you ever wrote? How has your sound evolved since you’ve started? Are there any genres you would like to experiment with in the future?

Um, the first song I wrote was called “My 40.” I did that shout out to shout out to my boy. Uh, J Rell he was on Smoke before Everything with me. Um, he was the rapper. He was the one that already had the flow, had a little word play, but flow was trash. Um, shout out to my boy Keem off the Heem, he was the one that really made me write,  and record my first shit. So it was called “My 40.” My Flow was still trash. I had some word play, some bars, in there. And like I said, I’m light years ahead of that as well. I’m just so much better. My flow is so smooth now and I’m only going to get better.