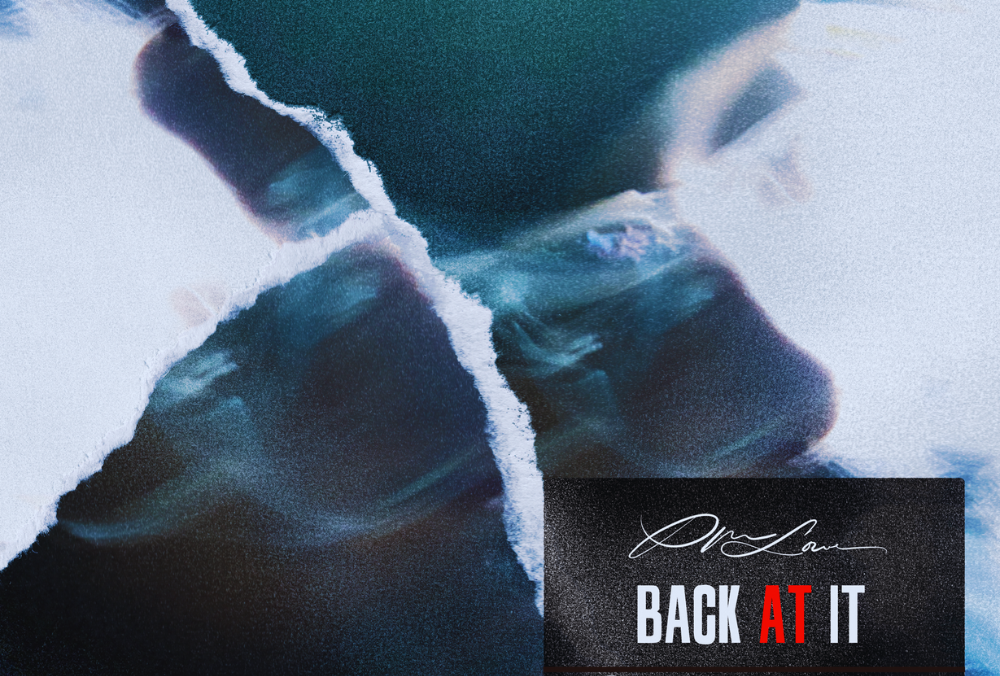 We had a great chat with emerging Hip Hop artist PM Lowe. The American rapper recently released “Back At It,” which is from his upcoming anticipated album Vengeance. Discussing different aspects of his creative process, Lowe shares intimate details of his childhood, first album he ever “stole” and what it was like growing up in the historic and epic city of Georgia.

Congrats on the release of the single “Back At It”! It comes with a music video directed by Timothy Lens. Tell us about the inspiration behind it and how the song came about? Did you actively participate in the creation of the visuals or was it mostly Lens’ idea?

First off, thank you for that. I wrote “Back At It” from a reflective perspective. We all have those moments where we just sit back and say “Wow, I made it this far, after all those times, it made me into who and what I am today.” It’s nice to reflect from time to time.

Now, the video was inspired by one of my favorite video games, Metal Gear Solid 2. I’ve always been a fan of the colors and aesthetics that game had, so my plan was to try to urbanize that. Tim, he helped me bring that to light. I had at least 70% of the visual done in my head, Tim brought it home with some extra angles, camera positioning and editing.

The newly released single is from the upcoming album Vengeance. Can you give us more details on the LP? How long have you been working on the record? How did you decide on the tracklist?

I’ve been working on the album for at least a year. If not a full year, then it’s 10-11 months max. Some songs I might’ve sat on from the last project and reworked them to fit my current mood and sound and some were just new material altogether.

As for the album’s pacing, I wanted to go for a more personal experience, even though the first few tracks are about me, I flip it and want to make it about the listener. I want this to serve as a soundtrack throughout your day. There are skits on there that represent someone going through their day, as if my music is just so happening to play around you in these moments. Pulling up with the homies to cruise and chill? I got you. Going to the club outside of town? Got you. Seeing that one ex in said club or any uptempo environment? Yeah, got something for you as well.

Arranging the album is my favorite part, honestly. It’s like one big puzzle that I get to solve. Like, what song goes here at this moment to represent this mood. How can I pull this off sonically without throwing off the mood? Hopefully I accomplished that with V.

How has growing up in Georgia influenced your music? Which musicians have shaped your sound the most?

Growing up in Georgia, Columbus to be specific and on Mellon Street to be precise, it wasn’t the safest. It’s a raw and gritty place, especially where I grew up. A lot of people I grew up with are no longer here, so you definitely have to be sharp and quick on your feet. With that, I try to incorporate that raw sound and that grit into my production and that sharpness in my lyrics. Everything isn’t perfect, everything isn’t polished, like the world.

The musicians that shaped my sound? Man, it’s a lot. But, to slim it down, Eminem, Kanye, Jay-Z, The Neptunes, Biggie, PAC, Busta Rhymes, Raheem The Dream, DMX, Lil Wayne… That’s like, 10? I’ll add in two more for good measure, Sade and Johnnie Taylor. There’s more. But I think 12 is good.

Is it true that you’ve been making beats since you were six years old? How did you discover your talent at such a young age?

Ha, yes. Yeah, that’s true. How that came about was that I was at my aunt’s house and at the time, her son lived there. His producer name was Illdon. One day I just heard some knocking in his room and a piano playing. So I went back there to see what he was doing and I’ve been making music ever since.

You’ve collaborated with the professional wrestler Rocky Romero! How did you two meet? And what was it like working with him? You’ve also come together with the legendary Hip Hop group Nappy Roots? Would you like to share more about that experience?

One person. For all of that. My brother Dezzy Yates. He knows MegaRan and he knows Rocky. How that happened was Dez gave Mega some beats I made. Mega ended up linking with Rocky and gave him some beats of mine.

Almost the same thing happened with Nappy Roots as well. At the time, Dez had a manager that got in contact with them, and Dez had this song we made but he couldn’t finish. So he threw a smoke signal in the air and what came down was them on our song. Always thankful to my brother for that.

What was the first Rap album you have ever bought? Who was your biggest idol when you were younger? How about now? Do you have any favorites from the new generation of artists?

You mean, the first rap album I stole, haha. My dad, being in the military, had a slew of artists to listen to to. E-40, Busta Rhymes, all the way down to C&C Music Factory. My grandmother, had the soul music down to a T. I’m talking boxes of vinyls, may she rest in peace. Ironically enough, the first album.. if you can call it that, I bought was the promo CD of Monica & Brandy’s “The Boy Is Mine.”

My biggest idol, Michael Jackson. I wanted to grow my hair because my dad did, but I really wanted to lay it down like Mike. That man was and is the legends’ legend. As I got older I got out the whole idolization thing, and learned to appreciate those people for who they are and their contributions to not only my life, but to the world. If it did change, I’ll say it changed to Mariah Carey.

The young generation, I love. That’s the beauty of the genre I’m in. Even HipHop itself is what.. 40,50 years old? So it’s the youngest out of all the genres I believe. It’s also a curse as well, people think it’s a young man sport when that’s a definite lie. I just wish that stopped. You don’t see people doing that in Country music. I don’t have a select artist I like, if it makes its way to my ears, it’s for a reason.

Which of your albums is the most special to you? And why? When looking back, do you have any regrets concerning the creative choices you’ve made?

I always say my most special album is the one I’m working on. But that’s too cliché. If I had to choose, it’ll be Danger, from 2019. That’s the year I lost my grandmother and it felt like my whole world had stopped. What helps the pain of that is knowing we had our final words. But that event, as well as many more, helped shake and shape that album into what it was. I felt like I didn’t have to play it safe on that one. I felt like I had nothing to lose.

Looking back, I definitely made some choices that today, I would’ve let fly. Do I regret them? No. Everything happens for a reason. Everything has its way of making its way back to you.

Will you be going on tour once the new album is released? Do you have any upcoming performances we should know about?

A tour? I wish. So far I just want to drop the album and do the proper legwork for it. And if any booking agents read this, get at me. I’m ready to roll.

Listen to “Back At It” here: